This exclusive moisturizing & regenerating complex, formulated by Geoderm Cosmetic, is able to provide the skin a lasting and intense moisturizing that penetrates to the deepest layers of the epidermis. Enriched with organic pomegranate extract, it stimulates cell renewal, slows down the appearance of wrinkles and reduces existing ones. From the deepest layers, the skin regains its elasticity, softness and natural radiance. 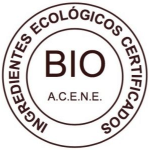 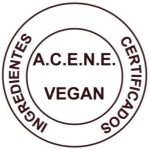 After the first week of use, its stimulating effect is released. After four weeks of daily application, the natural balance is restored and the skin regains its own hydration capacity.

Pomegranate oil: What makes pomegranate oil special, is the combination of two antioxidant components of the fruit, such as punicalagin and Omega 5. The first is found in the skin of the pomegranate, and the second is only found naturally in the inner seed. Punicalagin promotes the regeneration of the dermis and Omega 5 regenerates the epidermis. In addition, it has a high level of polyphenols and anthocyanins, which help fight free radicals and skin ageing. It is indicated for dry, devitalised skin, for the treatment of wrinkles and for sensitive skin conditions. Its estrogenic properties make it an ideal treatment for mature skin, as well as the conjugation of its fatty acids which provide a powerful soothing action for sensitive skin. Recent studies carried out by the University of Michigan have shown not only its beneficial effects on the epidermis but also as a stimulator of keratin production in the skin.

Sweet almond oil: Almond oil has emollient, softening and moisturising properties. Almond oil is chemically a triglyceride of vegetable fatty acids. The unsaponifiable portion of the sweet almond, mainly made up of squalene, tocopherol and phytosterols, guarantees the skin’s supply of highly nutritious substances. The topical application of the unsaponifiable plant favours the tonicity and elasticity of the skin.

Vitamin E: It has many properties but is particularly well known as the vitamin of youth and beauty. It is an antioxidant that protects cells from all external aggression such as pollution, pesticides and stress, the main cause of premature ageing. Vitamin E also contributes significantly to energy production.

Witch-hazel: It rebalances the hydrolipidic layer of the skin by regulating the dilation of the pores (an astringent effect).

Chamomile: Chamomile has decongestant and softening properties, it stabilises the skin and has a calming action. It also has soothing and decongestant properties. 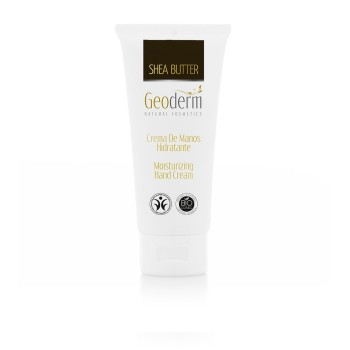 91060
€9.00
Geoderm Cosmetic takes care of your hands to wrap them in a halo of softness and comfortability, protecting them from external agents. 75 ml.
View

91042
€23.00
Geoderm Cosmetic provides you with an advanced effect 24 hours treatment. It is an innovative moisturizing concentrate of intense and immediate action with a high contribution of biological Hyaluronic Acid. It fights the early signs of ageing: dehydration, lack of nutrients, wrinkling and irregularity on the skin’s texture.
View

91041
€20.00
Geoderm Cosmetic provides you with an advanced treatment based on biological active ingredients and hyaluronic acid from organic origin. It restrains the appearance of facial lines and wrinkles, delaying the visible signs of age. It stimulates the skin to increase its natural production of Hyaluronic Acid.
View 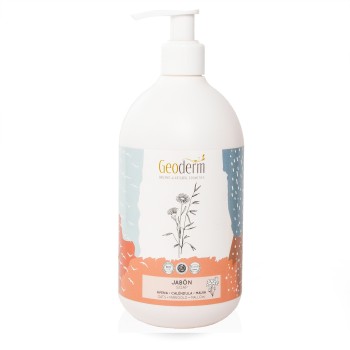 91130
€15.00
The liquid soap of oats, calendula and mallow calms, softens, stimulates the creation of new cells and improves the tone and resistance of the skin, promoting blood circulation. 500 ML
View
Tap to zoom

Save products on your wishlist to buy them later or share with your friends.